Unknown to many electronics manufacturers, but discussed a lot in test lab circles, is a seemingly small change in the FCC’s rules that is sure to have a large impact on the testing industry. These changes are especially relevant to companies who’s products fall under the ‘certification’ or ‘declaration of conformity’ authorization procedures.

Despite the FCC’s rejection of a comment lodged that the new rules would be unduly burdensome to smaller test labs, I expect to see many smaller independent test labs close their doors in the next year or two. The changes may well impact which test labs you can choose to test your products in the near future. According to an official administration review from 2011, approximately 2/3 of test sites registered with the FCC are non-accredited. This ruling then, will affect the majority of FCC test sites.

Industry Canada, Canada’s equivalent to the FCC, has also mirrored these changes. So the information below is also relevant for companies who sell electronic products within Canada.

Read on to find out whether your choice of test lab will be impacted.

In a ruling that was given on 30th December 2014, the FCC is removing all non-accredited test labs’ ability to perform the testing for devices subject to the ‘certification’ authorization procedure. This applies to almost all wireless transmitters and some unintentional radiators (non wireless devices) as well.

The FCC will cease to accept testing in support of certification applications from non-accredited labs one year after the effective date of the rules. That is, 30th December 2015.

In Canada, the rules come into effect on Dec 31st 2016, at which time Industry Canada will also stop accepting non-accredited test site listings.

For electronics manufacturers who require ‘certification’ or ‘declaration of conformity’ authorization procedures, the recommended course of action is to choose only test labs that are accredited and recognized by the FCC. You can find a list here.

According to official administration review from 2011, approximately 2/3 of FCC registered test sites around the globe are not accredited. These test labs will either lose the ‘certification’ portion of their business or be forced to become accredited. Accreditation requires a large investment of capital and manpower, and the burden may be too much for many smaller labs. Additionally, accreditation requires a minimum staff count which may exceed the total staffing in some labs.

From an electronic design company’s perspective, the important things to know about FCC testing is that there are 3 different ‘authorization routes’ for both intentional and unintentional radiators. The routes are called “verification”, “declaration of conformity” and “certification”. The routes available for your product depend on what your product is and whether it has a wireless transmitter.

For unintentional radiators, the place to check which routes are available to you is part the table in part 15.101 of the FCC’s rules.

Here is the table:

Scan the list on the left of this table and find your device type. If you’re unsure, you can check the definitions of these terms in FCC 15.3. Then look at the right hand column to see which authorization routes are available for your product.

The FCC rules that deal specifically with unintentional radiators are called CFR Title 47 Part 15 Subpart B (usually just referred to as FCC Part 15B). For unintentional radiators, all three “authorization routes” are possible. Below I’ll discuss the implications you need to be aware of for each. The FCC has defined these routes presumably on the potential risks involved to the electromagnetic spectrum that different types of equipment pose. I’ll discuss them in ascending order of difficulty (or robustness if you like).

Verification is the easiest and quickest authorization route. Verification just involves you sending your product and any required auxiliary equipment and cables to a test lab. The lab spends approximately 1-2 days measuring the radiated and conducted (if required) emissions coming from your product. If all is well, they generate a test report and send it to you. That’s all there is to it. You’re now at liberty to label, market and sell your product.

Of the 1000 or so FCC test labs around the world, you can select any of them to do this job. From the FCC’s perspective, there are “2.948 listed” test labs and “accredited and FCC recognized” test labs. The difference is that trusted independent 3rd party companies are used to inspect accredited labs to verify a certain level of competence and that procedures are implemented and being followed properly. For non-accredited, registered test labs, no such 3rd party inspection take place. Approximately 2/3 of FCC test labs around the world are not accredited.

Not to be confused with the Declaration of Conformity for Europe, which is completely non-related, the DoC method for the FCC covers certain types of electronic equipment.

If your device is in a category that allows the DoC authorization route, the key here is that you need to select an FCC accredited test lab. Test labs that are only ‘2.948 listed’ with the FCC and are not accredited, are not allowed to test devices using the declaration of conformity authorization route.

Before these new rules, “Listed” (or non-accredited) test labs could get around this requirement by instead undertaking ‘certification’ testing on your device. But that option will no longer be available to you or to the test lab when the rules come into full effect. So, products subject to the ‘DoC’ authorization route will only be able to be tested at an accredited lab.

Two of the three authorization routes discussed in the previous section are available for low power wireless transmitters, depending on the type of transmitter. The routes available are verification and certification. However, the vast majority of wireless devices are authorized under the ‘certification’ procedure. As a result, this ruling will affect the authorization route for almost all wireless devices.

There are a few reasons that the FCC and Industry Canada have instituted these rule changes. The first is to try to ensure that the test results obtained from all test labs are reliable and trustworthy. Since accreditation requires an independent 3rd party to inspect a test lab, the theory goes that the test results from accredited test labs are more reliable than those from non-accredited labs. I’ll get to whether I think that is true or not shortly.

The FCC wants to delegate more responsibility to “Telecommunication Certification Bodies” (TCBs) who up until now, have only been able to certify a subset of all wireless devices on behalf of the FCC. There were a number of wireless devices that the FCC would not allow TCBs to certify because the perceived risk of allowing a private company to do this task was too high. By increasing the oversight of the individual test labs (accredited and non-accredited) who submit their test results to a TCB for review, the theory is that the FCC can safely delegate more responsibility to the TCBs and take themselves out of the grant of certification business altogether.

However, dB Technology highlighted in their comments to the FCC that there is no data linking non-compliant equipment with non-accredited testing. TCBs are mandated to do post market surveillance on 5% of certified products each year, so this data should be easy to collect. As far as I’m aware, there is no data that has been published on the non-compliance rate of samples that were tested at non-accredited vs accredited labs. And indeed, there have been papers published on the egregious errors in test results coming from many accredited labs. My perception is that accreditation can help to increase testing reliability, but ultimately the efficacy of the results depends on the integrity of the test lab and test engineers.

What it means for your test lab selection

As discussed, this rule change means that you will only be able to choose an accredited test lab if your device falls under the ‘certification’ of ‘declaration of conformity’ authorization routes. You can still use non-accredited labs for certification pre-compliance testing, but for the purposes of full compliance testing, accredited is the way to go. If your device is subject only to the ‘verification’ authorization procedure, then this ruling will not have an impact on your choice of test lab.

Accredited labs generally charge a little more  for their services, so you may see an increase in testing and certification costs, especially if you used a non-accredited test lab in the past.

What it means for test labs

I suspect that this will lead to many closures of smaller independent test labs. Personally, the test lab I owned until early 2014 obtained approximately half of its revenue from wireless testing and certifications. Without that revenue, I can guarantee that the business would have not survived. As it happened, I chose to close that business anyway, but I knew this ruling was coming down the pipeline and it played some part in my decision to close the lab.

Labs that have the funds and resources available to go through the accreditation procedure will likely upgrade their designation to accredited. I would expect these labs to increase their prices to account for the extra overhead.

The FCC’s and Industry Canada’s changes will impact your choice of test lab if your device is subject to the ‘certification’ or ‘declaration of conformity’ authorization procedures. Where you could previously hire a non-accredited test lab to do this work, you’ll now only be able to select from the list of accredited test labs.

For small independent test labs, this isn’t great news. Many will be forced to close their doors if they can’t shoulder the burden of accreditation costs and requirements. 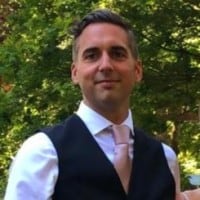 EMC FastPass Admin
Andy Eadie is a former senior hardware design engineer and former EMC test lab owner. He’s had a weird fascination with magnets since 4 years old and has been publishing articles, eBooks and online courses since he founded EMC FastPass in 2014.
follow me
×

EMC FastPass Admin
Andy Eadie is a former senior hardware design engineer and former EMC test lab owner. He’s had a weird fascination with magnets since 4 years old and has been publishing articles, eBooks and online courses since he founded EMC FastPass in 2014.
follow me
Latest Posts